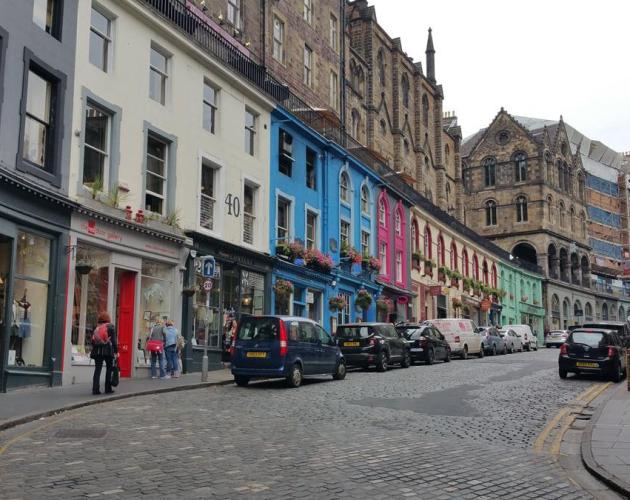 Non-stop flights on sale to Edinburgh starting at only $646 R/T from Montreal.

Edinburgh is the capital of Scotland located in the Central Belt region of the country. With a population of approximately 450,000 (1 million in the city region), "Auld Reekie" (Edinburgh) manages to combine both ancient and modern in a uniquely Scottish atmosphere.

Watched over by the imposing castle, the symbol of the city, Edinburgh combines medieval relics, Georgian grandeur and a powerful layer of modern life with contemporary avant-garde. In Edinburgh, medieval palaces rub shoulders with the best of modern architecture, Gothic churches with amazing museums and galleries.

Scotland's throbbing night-life centre, Edinburgh, "the Athens of the North", is also a feast for the mind and the senses, playing host to great restaurants, shops and an unequaled programme of city festivals throughout the year. Hogmanay, the Scottish New Year, kicks off the festivities, which culminate in the high summer with the Tattoo, the International and the Fringe, amongst many others